Functionality of the MARO®- Sleeve Cones

The spacer is built like a support cone, an expanding tube made of plastic or fibre cement with another support cone. Subsequently the closing formwork is swung in and aligned. Next is the threading of the anchor rods through the boreholes of the closing formwork. This step takes place from the outside of the formwork panels without insight into the actual form.

The opposite standing, heavy formwork elements alignment can only be corrected by levering or using a crane. Wing nuts with support plates or combination plates are screwed on from both sides of the formwork. By tightening the clamping points, the formwork is set to the desired wall strength.

Here the specialties in the design of the MARO ® – Sleeve Cone come into effect:

In the areas where water can leak out of the fresh concrete, the MARO ® – Sleeve cone is fitted with special sealing ring. The sealing ring is made from a high quality, closed-cell PE-foam. When tightening the clamping point, the sealing rings between the formwork and cone compress completely into the cone.

Now not only water leakage between formwork and cone is made impossible, also no water can leak into the cone because its fitted with the sealing ring. The second, smaller sealing ring secures the gap between cone and spacer.

The clamping points should be tightened evenly. A torque wrench is recommended as a control instrument. Shortly after starting concreting, all clamping points have to be retightened from bottom to top. On the one hand, this compensates for the elongation of the pressurized anchor points, on the other hand, it counteracts slippage of the wing nuts running on coarse threads. 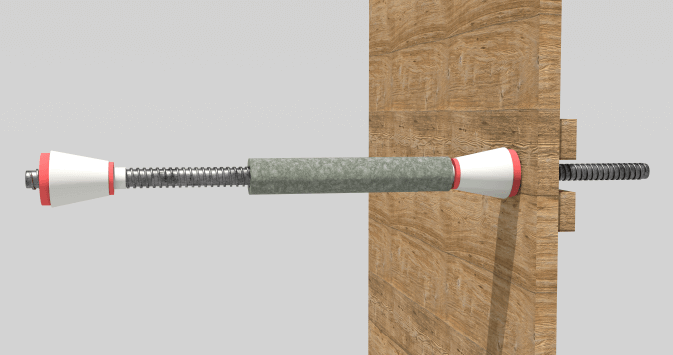 Design of the formwork spacer

Formwork spacers consist of the MARO®– Sleeve Cone with double seals and a spacer made of fibre cement or plastics. 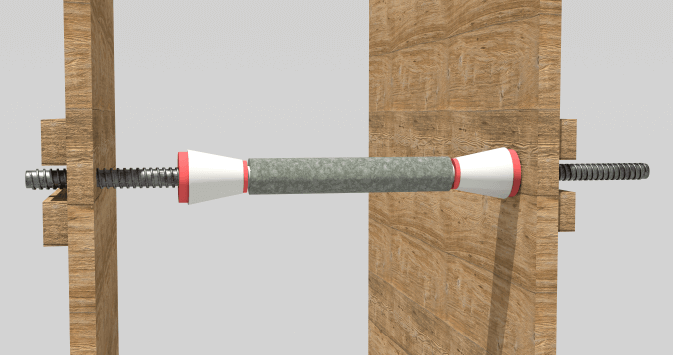 Closure of the formwork

The anchor rod is threaded into the closing formwork.

While concreting the anchor rod is stretched. Thus a tightening of the anchor is necessary. 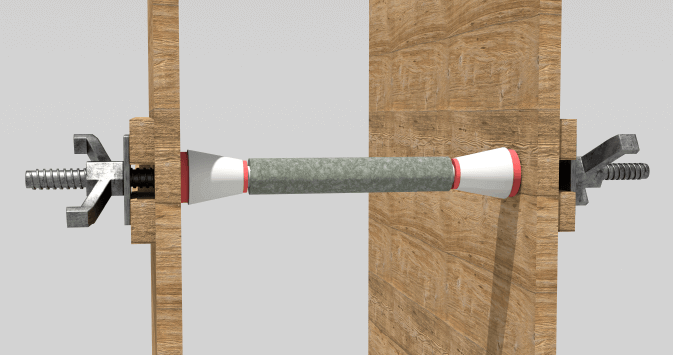 Tightening of the anchor rod

While tightening the anchor rod, the spacer is sealed by the sealing rings of the sleeve cone. 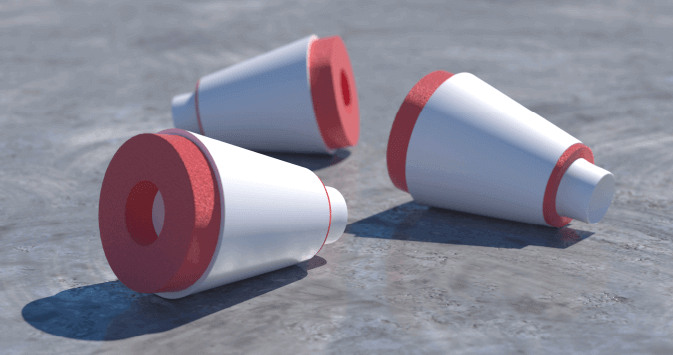 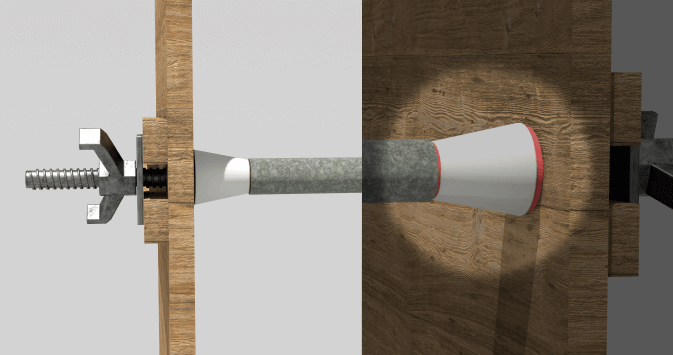 Sealing of the spacer

The seals in the MARO – Conces prevent water leakage into the spacer or the anchor bore.